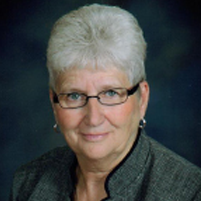 Jo became Office Management Consultant for RHD in the spring of 2010. Her primary duties include helping all business offices of RHD facilities with their financials, billing, and Medicare.

Jorena (Jo) Fuller began her employment with Rural Health Development (RHD) in September of 1999. Originally, she was hired to help with rural health clinic consultations, as Jo has over 12 years of experience serving as director of 5 hospital-based rural health clinics. Shortly after joining RHD, she also became involved with long-term care facilities, receiving her Health Administration Degree and Nebraska State License in May of 2002. Since that time, Jo administered a small skilled-nursing facility/assisted living in Southwest Nebraska. For two years Jo had a multi-license, serving two skilled-nursing facilities as their administrator. Along with her administrative duties, she continued to help other long-term care facilities with their Medicare billing issues, as well as helping with rural health clinics, including some independent RHC cost reporting.

Jo became Office Management Consultant for RHD in the spring of 2010. Her primary duties include helping all business offices of RHD facilities with their financials, billing, and Medicare (both SNF A and B) claim filing. Finance is her love, as well as the challenges of Medicare and Medicaid.

Jo lives in Cambridge, Nebraska. She is the mother of three married children, and is blessed with two grandsons and two step-granddaughters. Jo is a councilman for the City of Cambridge, and has been for several years. She is a member of the First Congregational Church in Cambridge, NE where she has served as their Moderator and Choir Director. Jo loves sports, music, and a good book.